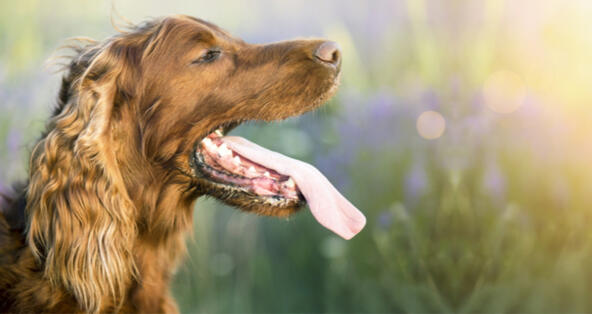 MY SPIRITUAL DEHYDRATION: This morning I let my dogs outside to play for a good while. They seriously love playtime with each other. It is a joy to watch them chase each other around the yard and then wrestle with each other. They would keep this up for almost a good hour and then they would run inside the house when they are tired and their little strength is weary, and they would head straight towards their waterer. You could see them panting with their mouths open, dying from thirst. And they would lap up that water as if it was there to save their lives.
But as I watch them panting for their water, and heading to their water bottle, it’s like they had blinders on and nothing can come in the way of them and that water bottle. The Lord then whispered to me “I want you to pant in thirst for knowledge of me like your dogs pant in thirst for their water”. Uh… say what now? Wow!!!
This would be the second time that God would use my dog’s behavior to teach me how to serve him. So I said “Lord if you would give me longing, desire, and dehydrate me for you, then I will find your streams of living water that flows and drink of your river that never runs dry”
Do I even know what I just asked? That question came over me. I have a way of putting my foot in my mouth when it comes to God and become overzealous like Peter who made silly comments like “Lord don’t just wash my foot but my whole body”, and later he was hanging from a cross upside down. Yet his silly comments and big heart for Jesus were covenants made from his heart that found him in situations and places later on where he chose to not back out of but gave in to serve his master. Once Jesus gave him the pass when he swore he would stand by him and then denied him 3 times, Peter would never make that mistake again.
So here I am setting up myself by simply asking God to put a gaping hole in my understanding of him and that he’d be the one responsible for filling it. I can only imagine why he wants me to learn so much more on top of more about him, but I hate to think of HOW he will achieve this.
But this one thing I ask of you Lord, just as you gave my dogs two awesome parents and role models and mentors that they trust without a doubt, that you would personally assign the people who will impart your wisdom and knowledge into my spirit, and that you would increase the spirit of wisdom that you have afforded me.
Let the spiritual dehydration begin…